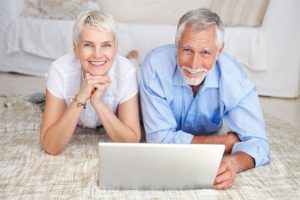 Welcome to our second quarterly newsletter provided by our fantastic financial associates. Having launched this quarterly update for the first time back in late April, we are pleased to say that we have had lots of positive feedback. As always, if there is any topic you would like them to cover in our next update, please do not hesitate in letting us know.

Over the past 3 months we have seen many events worldwide that will make their way into the history books, both political and non-political. On the political side, we have seen important meetings such as the North Korea-US Summit 2018 in which Donald Trump and Kim Jong-Un met for the first time in person, in Singapore. Mr Trump then did a European tour during which he first visited her majesty the Queen at Windsor Castle, before flying to Helsinki to meet with Vladimir Putin. On a lighter note, we have also had been treated to a very well organised (and violence free) World Cup in Russia, much to our surprise. From an English perspective, it was great to see everyone come together and celebrate the success in reaching a semi-final, despite the continued divide in political views.

During the quarter, global markets once again showed their volatility, keeping up with the trend set at the start of the year. For many indices, this quarter has been a very positive one, with the FTSE 100 as an example, posting its best quarterly return in 15 years, for the three months leading up to June 30th. It has not all been good news though, and one of the main sectors affected negatively in this quarter was emerging markets; the MSCI Global Emerging Market equities declined by 4.2% in June alone. The reason behind this mini crash was due to emerging markets being vulnerable to a strong dollar and rising interest rates. The Federal Reserve hiked rates by 0.25% in June, which was widely expected by the market, following strong macroeconomic data. However, the Federal Reserve changed their forward guidance to include two additional rate rises in 2018 and then another three in 2019. If implemented, this would take rates up from the current 2.0% to 3.25% which would be the first time in a decade that US dollar cash would offer a positive real return.

In Europe, the ECB (European Central Bank) moved to a slightly more relaxed monetary stance, deferring the end of its quantitative easing programme to the end of 2018 and announcing there will be no change in interest rates until the summer of 2019 under forward guidance. It has been a tough year for the EU, not only due to BREXIT, but also because of the political unrest and increased threat to the long-term stability of the Eurozone. Italy is a prime example of this with their government split between Eurosceptic populists (winners of the March elections) and pro-EU establishment politicians.

Fortunately, on a wider scale, the global economy is in good health, with macroeconomic data pointing to a pick-up in growth after the soft patch experienced in the first quarter of 2018. Inflation remains relatively subdued, with the biggest threat to inflation coming from the US, where the economy has been performing strongly and is being supported by accommodative fiscal policy from tax cuts and additional government spending.

Whilst on the US, it is fair to say that we could write a whole newsletter on Donald Trump alone each quarter, as his unpredictable character and let’s say “unique personality” never lets him get too far away from our TV screens. With this said, arguably the most important news headline of this quarter was the potential trade war between the US and China. At the start of July, both Washington and Beijing launched import tariffs on 34$ billion of each other’s goods, and while economists say the consequences of the spat between the world’s two largest economies can be contained for now, there are fears that Donald Trump’s stance on trade could cause serious damage to the global economy. It is possible however, that Donald Trump is seeking political gain ahead of the mid-term elections in November and is using empty threats in order to extract concessions.

Looking ahead, the geopolitical issues mentioned above will have a key role in deciding market movements and it is our view that markets will remain relatively volatile for the foreseeable future. The biggest problem with a potential trade war, the threat to the long-term stability of the EU, and the developments (if any) of BREXIT, is that they are all longer term issues and will not get resolved over night. Whereas an interest rate change happens pretty much on a set day/time and can affect markets temporarily, the negotiations of BREXIT or a trade war will inevitably have an ongoing grip on the market.

For many, this is turning into a long-winded, boring and tedious subject. The fact that the Government (now 2 years after the vote) is still arguing amongst themselves, says it all. The deadline for BREXIT is set as the 29th March 2019, at which time the transition period will start, running up to 31st December 2020. Some EU negotiators are doubtful that a full UK-EU deal will even be achieved at this point.

In early July, the Cabinet was torn apart by disagreement over Theresa May’s “third way” BREXIT strategy, unveiled at the Chequers country estate. Her plan was to aim for a divorce similar to the set up of Norway – part of the European Economic Area and trading bloc, but with some opt outs for justice, immigration and regulation. Essentially, this would mean the UK would have to simply obey many European rules without having any say in their creation. It return, the UK would have access to the Continental market tariff-free. Following this development, several senior ministers, including BREXIT secretary David Davis, resigned.

In light of the above, an increasing number of people have suggested the idea of a second referendum. This has been backed by a select number of ex-Cabinet members and also some famous celebrities such as Gary Lineker. There was also talk only two weeks ago about the possibility of a second referendum with three options; to leave the EU with no deal, to leave the EU with the PM’s final negotiated deal, or to remain in the EU. Whether or not a second referendum is a genuine option is yet to be seen, but Theresa May, up to this point, has repeatedly stated “under no circumstances”.

We are taking a very different view on BREXIT and how to inform clients. We have seen a lot of our competitors run seminars, or advertise on the radio or in magazines, claiming to inform clients of what will happen. Many of the adverts are also used as scaremongering tools, something which we do not agree with.

The truth is nobody knows what is going to happen with BREXIT. It is impossible for anyone to say whether or not a deal will be finalised, because we simply don’t know. If the Government don’t even know themselves, how can we be expected to know? What we do know however, is the position as of today, and thanks to our flexible financial solutions, we can make sure your finances are in order so that it doesn’t matter if it is a hard or soft BREXIT.

The latest Spanish budget was originally planned for approval in September 2017, but due to political instability in Spain and the lack of sufficient support to pass the budget, it had to be postponed. Although no budget was planned for 2018, the 2017 budget has automatically rolled over until the middle of this year.

On the 23rd May, the Spanish Congress finally approved the 2018 budget after weeks of hard negotiations. It has also now been approved by the Senate and was published in the Spanish Official Gazette (Boletin Oficial del Estado – BOE) on 4th July 2018.

The most important point to take from the 2018 budget is that it did not include any major tax changes and will have minimal impact on UK nationals resident in Spain. Wealthier residents may be affected by the extension of wealth tax for at least one more year, though this was expected.

The main changes are as follows;

Investments & Protection are two key areas that IFA’s should address when carrying out a financial planning exercise for clients.

Protection, in the form of insurance, is one of the most undersold and undervalued areas in our opinion. All too often we hear news about a family member passing away and leaving their loved ones in a difficult financial situation. Some of these cases however, could be resolved with forward thinking, in the shape of Life Assurance. Life Assurance nowadays is pretty cost effective and plans can be paid for monthly, semi-annually or yearly. Aside from the idea of leaving your loved ones with a lump-sum, these types of plans can also be used to cover any expected IHT tax liability upon death.

The same could be said for funeral plans and Wills. The cost of a funeral has more than doubled from an average £1,920 in 2004 to almost £5,000 in 2018. If the cost continues to rise at this rate, in the next 4 years it looks set to cost around £7,000 (an increase of 160% since 2004!). Having a funeral plan in place and also a valid Will, will make the administration and cost on death much more manageable for beneficiaries during such a stressful period.

Investments on the other hand can come in all shapes and sizes, and can range from platforms/bonds, to direct investments. When analyzing to see if investments are suitable for clients, it is often important to look at where the investment is held, and where the client is tax resident. A good example of this would be when a British expat holding an ISA (Individual Savings Account) in the UK, moves over to Spain and becomes Spanish tax resident.

ISA’s are great investments as returns are not liable to income or capital gains tax, and tax-free withdrawals can be taken at any time. However, this only applies to UK tax residents, and once an individual changes to become Spanish tax resident, the investments loses all tax benefits. Any income taken from the investment would then be added to total income and taxed at their marginal rate.

Our associates are able to carry out a full review of your financial investments. They will then sit down with you and explain exactly what your money is invested in and also explain the tax position surrounding the investment itself.

Please don’t hesitate to get in touch